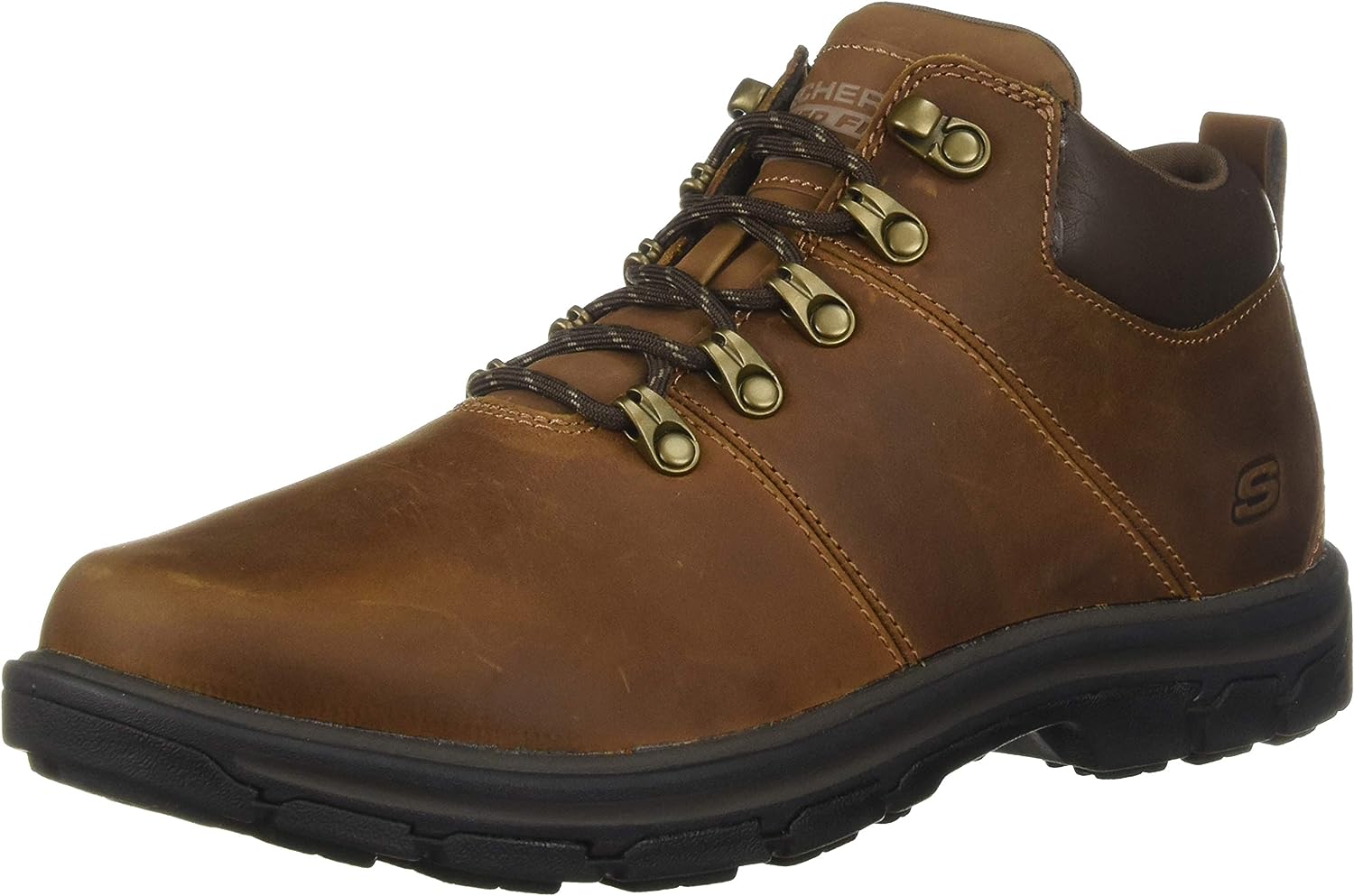 Round toe leather lace up with padded collar

LEGO builder Beat Felber is a master at building massive moving vehicles with Technic. Take this Land Rover 110 for instance. He tells us that this model uses two Power Functions L-Motors for the all-wheel drivetrain and a servo motor for steering. The chassis features a hi/low gearbox which was automated using an M-Motor. Also both front and rear axle are of the solid type with differential and are spring mounted.

If that wasn’t impressive enough, here is the model posed with the real Land Rover. The car was used as a fire engine for about twenty-five years until Beat bought the vehicle in 2017.The car is called ‘Grisu’, named after an Italian cartoon figure of a dragon who wanted to become a firefighter. Be sure not to miss out on some other Technic vehicles from this builder in our archives.

No Fabulous Fabulandspeeder is complete without a Fabulous Homestead. So we are very grateful that Stewart Cromar continued to fabulize Star Wars sets. Whenever you buy a LEGO Star Wars set and you open up all the bags and spread out all the parts on the table you’ll notice that a lot of the parts are light grey, dark grey, or black. Then there are some pops of colour but those are mostly used in the construction of the vehicle and later covered up with light grey, dark grey, or black bricks. Completely the opposite of the Fabuland theme and therefore it is ever so delightful to see these sets get the Fabuland treatment. Some of the original Fabuland parts work so perfectly that LEGO might have to consider recoloring those parts to light grey, dark grey, or black for future releases of Star Wars sets. For instance the mailbox top works perfectly as an arched rooftop and the refrigerator door looks stunning as a front door to this lovely Tatooine Homestead. So LEGO, please consider bringing back some of those iconic Fabuland pieces.

Imagine seeing this monstrosity peeking over your fence. Expect your fence is a 164-foot wall and the creature is a goliath, looking for snacks. That’s the basic plot of Attack on Titan. Khang Huynh has faithful recreated the Colossal Titan from the franchise. The fleshy, muscular form is accurately portrayed through the inventive application of pieces. Take a look at those nostrils. At first, they appear to be made up of an engine part, but upon closer inspection, it is actually made up of two backpack pieces. Another great use of parts is at the lower lip which is represented by baguettes. Mudguard pieces create rounded forms at the shoulders and chin providing the model with realistic, humanoid shaping.

The head sculpt of the Titan can also be placed on a segment of the defensive wall, which is used to keep those pesky monsters out. The wall has some great details such as the suggestion of age, conveyed through the variation of colours nestled amongst the brickwork.

Just hide your minifigures, I’ve heard this build gets hungry. You can check out more of our articles on Attack on Titan creations, here.

In the tiny settlement of Stormhaven, there is a post office built on platforms that raise above mangrove flats on wooden stilts. It’s like the opening line to a really great pirate novel, isn’t it? That is the kind of adventure Ayrlego has in store for us with this charming LEGO creation. He alludes that there has been a pirate raid last year but you wouldn’t know it as the denizens here seem quite at peace. I love the textures of the roof and siding. The raised docks and aforementioned mangrove trees are both excellent touches. I want to live in this world for a little while, even if just to collect my mail at this amazing little post office. Fanciful historical architecture and incidentally more than a few post offices seems to be Ayrlego’s thing. Settle in to see what I mean in our archives.

You might have missed it, but last Sunday was that silliest of holidays, Talk Like a Pirate Day. And to celebrate the occasion, Nick Sweetman built the local LEGO pirate hangout, the Skull and Crossbones Bar & Grill. The cutaway design is ingenious for giving you a feel for the building while letting you see all the piratey action, mostly consisting of lots of drinking and carousing—which seems about right. My favorite thing about this scene, though, is the multitude of pirates wearing that classic blue pirate coat. Often builders try to carefully make sure all the minifigures in a scene are uniquely dressed, but this somehow seems perfect to me for how LEGO pirates would dress and I absolutely love it.

Leave it to The Brothers Brick alumni Iain Heath to have his finger on the pulse of what’s hot at a very particular moment. And leave it to us to chronicle it days after the rest of the internet has already moved on to the next latest and greatest thing. Take, for instance, this LEGO creation of Kim Kardashian soaking up the spotlight at the 2021 Met Gala in what Iain thinks might be a bunraku-inspired outfit. My guess is bunraku isn’t even in her vocabulary but then again, since I misplaced my invite to the Met Gala, I didn’t ask her. But still, this is the kind of attention-seeking antics one can expect from a woman whose mother promoted her own daughter’s sex tape for profit and fame. As to why Iain is so hungry for attention, I don’t know, you’d have to ask him. What am I, Dr. Phil?

For reference, here is a couple of photos of Kim in her unsettling outfit.

This wouldn’t be the first time Iain and Kim Kardashian had crossed paths. He’s LEGO-fied her before but it seems we didn’t publish it, probably for reasons. But, BUT, BUTT you can Google it your damned self and it definitely won’t be disappointing.

The Trevi Fountain in Rome is one of the Eternal City’s most famous landmarks—a stunning piece of architectural theatre, usually swamped by hordes of tourists tossing coins into the water as they follow the advice of the Sinatra song. Luca Petraglia‘s excellent LEGO creation depicts the fountain without its attendant crowds, meaning everyone can get a decent view of the beauty on display. A 1.5m wide brick-built version of the Palazzo Poli offers a dramatic architectural backdrop to the fountain itself, its triumphal arch framing the central statue of Oceanus. I love the simplicity of the colour choices in this model, ensuring the trans-blue waters of the fountain really pop against the stark backdrop. Luca says the statues themselves were designed by fellow builder Eero Okkonen—it’s nice to see his character builds given such an impressive setting.

It’s nearing the end of September, and for many in the LEGO fan community that means spaceships. Big spaceships. Dubbed Shiptember, this month features the annual informal fan challenge to build a space SHIP (that’s a Seriously Huge Investment in Parts). This SHIP by Sheo is certainly a unique take with an unusual color scheme and design. The builder envisions it as an ancient relic drifting through the cosmos, a shrine for space pilgrims, and it certainly feels otherworldly.

Although the shape is predominantly a few large grey columns, Sheo hasn’t slacked on the detailing, as there’s plenty of interesting techniques inlaid into the beams. There are lots of bits I could point out, but one of the best to me are the tiny white 1×1 plates inserted upside-down as diamonds between four grey slopes, seen below on the lower right image inset. It’s a beautifully simple technique that works perfectly to add visual interest, and I could see it being applied on everything from spaceships like this to castle walls.

And I can’t help but admit that I also see a little bit of a giant egg-beater in the ship’s design. Or maybe I’m just hungry…

It might not be November yet, but it’s never too early to start building Vipers, and while this little ship by Alvaro Gunawan may not have all of the necessary details to qualify as a viper, a specific type of ship inspired by the video game Gradius it does have plenty of charm. With a pair of prongs flanking a sloped central cockpit with a chunky engine and two thin but deadly guns. The only thing missing is a fin.

The CF-18 Hornet is an essential fixture of the fighting capabilities of the Royal Canadian Air Force. It’s seen here depicted in LEGO form by builder Ryan Harriswho is well-known for his realistic LEGO portrayals of aircraft and trains.

Wow! So much light blue! Most jet aircraft are depicted in grey, so props to Ryan for going the extra mile and getting so much of another color in there. I also admire the angle of the tail fins and the thinness of every wing in general. He’s also nailed the landing gear, giving it the full structure you’d expect to see on the F-18 in real life.

That cockpit really shines in this build. The use of a backward canopy combined with the transparent sloped wedges helps get the correct dimensions for the cockpit. I like that there’s an actual LEGO minifigure flying the jet!

Thanks for sharing this beautifully designed aircraft with us, Ryan!

The final episode of LEGO Masters Season 2 has aired. Three teams remained going in to the finale and they were given 24 hours to create any thing they desired. However, each model has to incorporate lights for a “day” look and a “night” look. The winning team takes home the $100,000 prize and rights to the title LEGO Master.

Today, our own Norm Harper sat down for a talk with the winning team along with our friends from Brickset, BZPower and True North Bricks.

END_OF_DOCUMENT_TOKEN_TO_BE_REPLACED

The Taj Mahal, the world-famous mausoleum built by Moghul Emperor Shah Jahan, has seen three official LEGO versions — one in 2008, re-released in 2017, with a new Taj Mahal set unveiled in 2021. Although the newest set is smaller, the original and its re-release are famous for being amongst the largest LEGO sets ever produced. So it should give some idea of the complexity and scale of Rocco Buttliere‘s latest architectural creation when you understand the piece count of around 17.5k parts is considerably higher than all 3 of the official sets combined. Rocco is no stranger to being featured on The Brothers Brick, being an undisputed master of microscale LEGO building. However, this model is something special, depicting not just the famous mausoleum building itself, but also the surrounding gardens and compound.

END_OF_DOCUMENT_TOKEN_TO_BE_REPLACED

The Brothers Brick is funded by our readers and the community. Articles may include affiliate links, and when you purchase products from those links, TBB may earn a commission that helps support the site.

The Brothers Brick respects your online privacy and security. In accordance with the General Data Protection Regulation (GDPR) effective on May 25, 2018, we are providing greater transparency, and we are enabling new privacy controls so you can choose how The Brothers Brick handles your personal information.